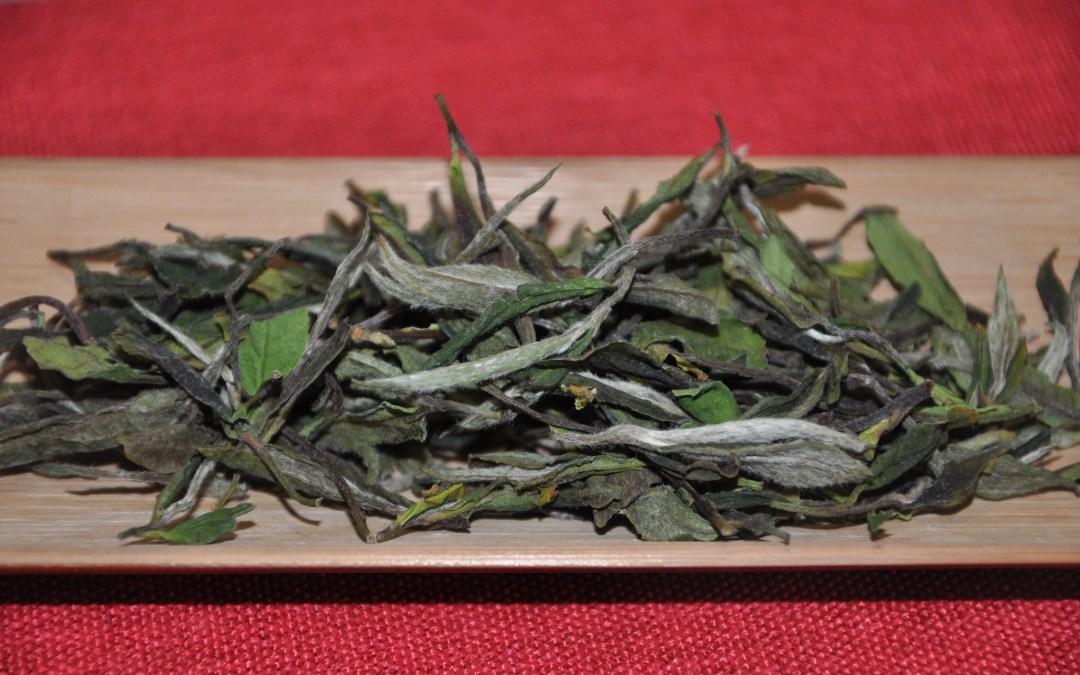 On first principles, it appears that white is the opposite of black… and if black tea is the most fermented, then white tea ought to be the least fermented …like yin and yang. Opposites attract. Don’t lick a gift horse in it’s mouth, or however the saying goes.

Although the logic of black and white sounds sensible enough, it isn’t actually true when you look more closely. Stephen Colbert calls the concept of an untruth that sounds true, “truthiness.” In this blog we’re going to talk about the truthiness surrounding white tea and the fermentation narrative.

The word ‘white’ implying little or no fermentation is a legitimate point of confusion. It also doesn’t help that there has been a good deal of confusing scientific reports produced on the topic in the past. Whatever the reason, there is no point in settling for truthiness when we can have the truth.

White tea fits nicely into the fermentation narrative, but not at the position of non-fermented tea. It is a semi-fermented tea, like oolong, but in fact more fermented than the average oolong tea. The ‘white’ in white tea is a misnomer, in that it is not necessarily the lightest in color or flavor, or fermentation, or caffeine content. Nonetheless, white tea is a sweet, savory, and versatile tea, with health benefits unique to itself. What separates this black sheep from the rest of the herd?

Understanding White tea starts with understand it’s processing technique. It is only through deliberate, often intricate steps that the characteristics of non-fermented, semi-fermented, or fully-fermented are born. Fortunately, white tea requires little processing, making a conversation about white tea processing quick and easy. White tea processing has two steps after plucking; 1. wither the leaves 2. dry the leaves. Most important of those two, and the key to understanding white tea, is step 1, withering.

Withering is so easy a caveman could do it. A tea-loving, health-conscious caveman, or cavewoman, bearing a sophisticated cave-palate that appreciates floral undertones… could wither tea leaves, it’s that easy. The withering process proceeds as follows; take freshly plucked leaves, spread them out on racks (pictured above), or on a tarp, or some place with sunlight and decent airflow, and wait patiently for an average of 24 to 36 hours (depending on air temp and humidity).

But, as simple as it sounds, withering significantly changes the biochemical properties of tea leaves, and ultimately determines the special characteristics of white tea color, aroma, flavor, antioxidant capacity, and more. Thanks to carefully conducted experiments by tea scientists around the world, including friends at the Tea Research Institute in Hangzhou, we have great data on what white tea withering does to a tea leaf.

Before diving into the science, let’s take a second look at the fermentation narrative, and translate it into something more scientific. ‘Fermentation’ in the context of this discussion means polyphenol oxidation, which means the transformation of green tea polyphenols (catechins) into black tea polyphenols (theaflavins). In the fermentation narrative, ‘non-fermented’ green tea means a lot of catechins and no theaflavins. ‘Semi-fermented’ (oolong or white) means fewer catechins than green tea but more theaflavins than green tea. ‘Fully fermented’ in the case of black tea means nearly no catechins remaining, and many theaflavins. In short, ‘fermentation’ describes, in part, an overall shift from catchin-rich leaves to theaflavin-rich leaves.

TO BE CONTINUED… in part 2 we discuss the science of withering, and what semi-fermentation looks like on a molecular level…