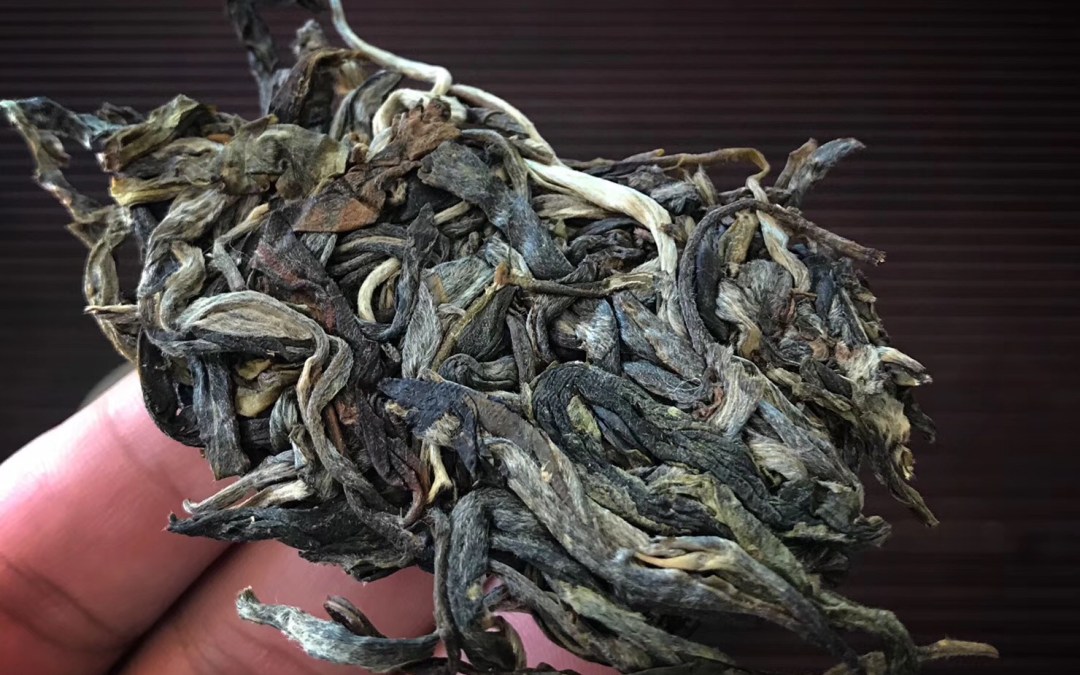 Raw puer tea from Nannuo Shan, or Nannuo Mountain, is often found on the short lists of aficionados the world over. But what is it that gets Nannuo tea consistently ranked among the top? I felt I had stumbled upon the answer to that question on a trip to Yunnan in April 2017.

While guiding a group of tea lovers from The Tea Spot through Yunnan, we decided that Nannuo was a must-see stop of the tour. At the time, I had never actually been to Nannuo, but I heard legends about it, and I knew some people in the area so we strung together an expedition. I did not expect Nannuo to be unlike any tea production region I’d ever seen.

What was clear even on the drive up was that the area as a whole was preserved remarkably well. For this we can thank the local Hani tribespeople who inhabit Nannuo, for they carved out a way of life for themselves that maintains their traditional culture, their local ecology, and their gently-paced lifestyles, all in the face of a whirlwind modern Chinese development happening around them. I found that those two factors, the preservation of culture and the conservation of local ecology, is what has allowed tea from Nannuo to remain among the world’s best. Rather than gold or copper, the safeguarded gemstones of Nannuo mountain are cultural heritage and pristine ecology.

We arrived by van, passing through several small villages that were inhabited more by dogs and roosters than humans. Large livestock roamed the dirt roads, sometimes blocking traffic to lock eyes with me through the windshield, as if they knew I wasn’t from round these parts.

For all the aimlessly wandering fauna, these towns did not actually feel desolate or abandoned, in fact they were flourishing with life. The people were active, occupying themselves with their daily routines. Active as they were, I saw there was relaxed focus about them, a spirit not unlike the cattle that leisurely but thoroughly sized me up not long ago.

All in all, the Hani people seemed content, moving with a swagger that seemed to say, “life is good.” For a second, I was thinking that the Hani had maybe sacrificed 1st world standards of living in order to preserve their traditional lifestyles, but I was soon proven wrong. As I quickly realized, the Hani were living very comfortably.

At one of our livestock traffic stops, my local friend, Yuan Meizhi (the one driving the van), started telling me the story of Nannuo Shan. She explained how the Hani used to be among the most impoverished peoples in China until the late 90’s, when the world heard about their ancient tea tree gardens. At the time, the rising middle and upper classes of China discovered that tea of the highest quality is that from old and wild tea trees, things with which Nannuo Shan is well endowed.

Demand bubbled up, and the price of Nannuo Shan tea went from $5-10 dollars per kilogram in the early 90’s to roughly $300 dollars per kilo a decade later. Overnight, Nannuo became a place where money actually did grow on trees.

During my visit, it was evident to me that this area was still in the throws of a transformative era. Modern mansions were materializing, but with traditional Hani architectural styles and customary patterns of multi-coloration. Tea-producing equipment was shlepped to and fro, not in donkey-drawn carts, but in 2018 Ford Raptor trucks. Out of my window I saw an elderly Hani woman rocking a pair of titanium-framed Ray-ban Aviators, clearly having no damns left to give.

Incredibly though, after seeing all the omnipresent signs of cash in the community, when I stepped foot into the old-growth forest of Nannuo Shan, all signs of modernization leveled back to zero. No mansions, no trucks. The locals were still wearing $300 shades, but, c’mon, they looked unbelievable. The point is that the forest was untouched. Not only that, but this untouched forest of Nannuo was the most ideal microclimate for natural tea growth I had ever seen.

Countless shades of verdant green in every direction. Vibrant vegetation crawled out of every inch of earth, and the intricate songs of birds, insects, and streaming mountain springs echoed deeply before dissipating into the lush topsoil. This was paradise for a tea tree.

Continued in Part Two… The old tea trees of Nannuo. Spending time with Hani natives, and producing tea alongside them. Some light discussion on Nannuo tea processing